Whisky is a spirit which requires time: time to make and time to mature in barrel.

Whether that spirit is from Ireland, Scotland, Kentucky or Japan – it needs time. But time can tell its own tale... and that’s central to the story of Sanmi-Ittai Trinitas.

In global whisky circles, Japanese whisky is hot: but that’s a recent phenomenon. It’s been less than two decades since Japan laid down a marker and became a serious player in the category – yet this country has made whisky since the 1870s.

Only commercially available since the 1920s, Japanese whisky battled to survive in a domestic market which preferred traditional spirits like Shochu and Sake. Compounding that, Scottish, Irish and Bourbon had a strong grip on the international markets. Since time is required to mature the spirit, it also means years of cash flow being tied up.

Which is one of the reasons the Hanyu distillery shut down the stills, fell silent and closed its doors in 2000. With the benefit of hindsight, it has become obvious that this was tantamount to a tragedy. Hanyu whisky was ahead of its time.

The Hanyu distillery was built by the Akuto family in 1941, in the midst of war. Their official licence to do so was only granted in 1946 – but this was a family which had a tradition of brewing stretching back into the 1600s. They were renowned for making quality spirits and, having developed a passion for Scottish single malts, the family set out to make their own – Japanese – single malt. There is little doubt or argument that their efforts propelled the local category’s momentum and growth. Sadly, the domestic market’s interest lagged, still preferring local Shochu or international whiskies.

Sadder still is that Japanese whiskies have subsequently exploded in popularity since the closure of the Hanyu distillery. In the ultimate irony, whiskies from this closed distillery have become some of the rarest and most highly prized in the world!

When demand comprehensively outstrips supply, prices rise stratospherically! Hanyu whiskies occasionally turn up at spirit auctions and are sold for tens of thousands of dollars – prices only the most well-heeled collectors can afford. Sadly, it also means that these prized bottles never fulfil their destiny of being opened and enjoyed. They sit unopened on shelves, displayed as trophies.

To celebrate the legacy of the Hanyu distillery – and also to make the whisky more accessible to more enthusiasts, it was decided to bring back the spirit. Step one was to take whisky from Hanyu’s few remaining casks and use it as the base for a blended malt. With careful blending, an expression was created that displayed the essence of Hanyu character. This unique blend was subsequently aged in sherry cask until deemed ready for its global presentation.

The two expressions – a cask strength 57.5% and 46% offering – which have been released are described by experts as “remarkable”. Combining the skills of some of the best blenders in the industry with a legacy and tradition second to none, the resultant blend is something truly unique. A bottling the three pioneers would be proud of. A triumph for the historic Hanyu triumvirate.

View as Grid List
Sort by
Display per page 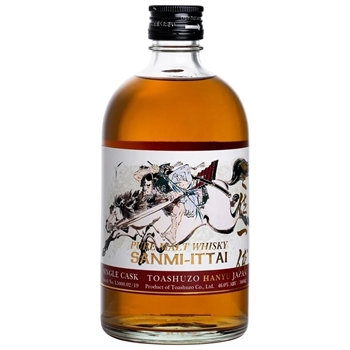 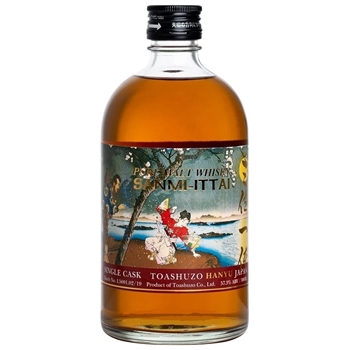